I ran the first simulation last night. It's a simple one, and I'll need to discuss with Jonathan before I'm sure my interpretation is correct, but I think there are still some interesting results.

First, the setup. The geometry is Zach's initial mockup. There's a constant mass flux out the vent in the back, corresponding to about one liter per second of air. The patient sneezes (or coughs? I forget which) at the beginning. Making the nasal cannula or other device was going to be rather involved, so I saved that for another run. (I have some questions about it too; I'll make another issue.)

Particle wise, it looks pretty good. Here are the traces of every particle that ever leaves the box. One makes it out the front, but it got sucked right back in and hit the patient's chest. 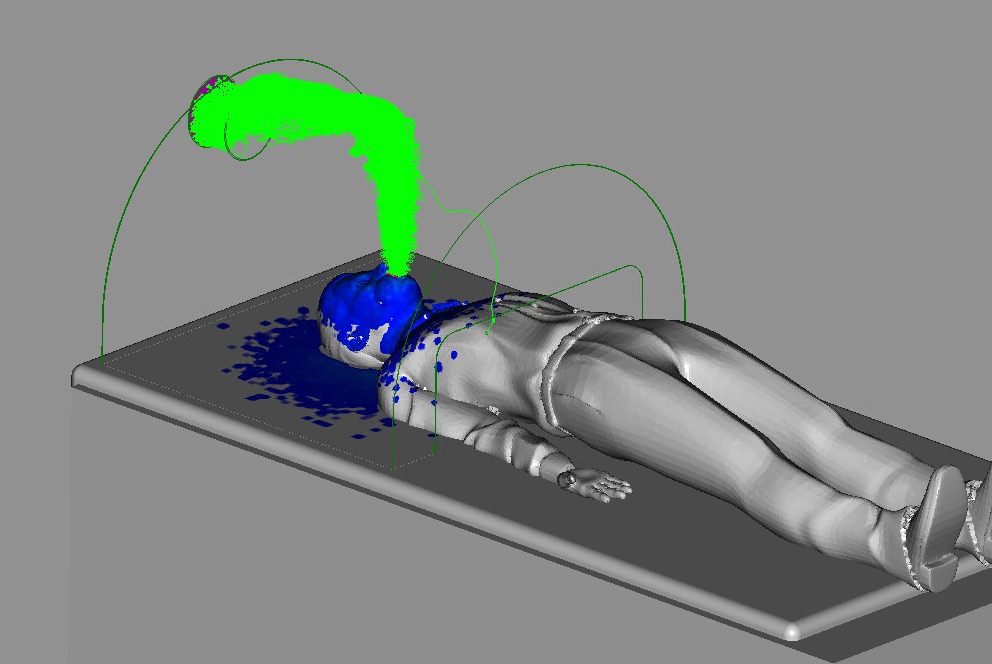 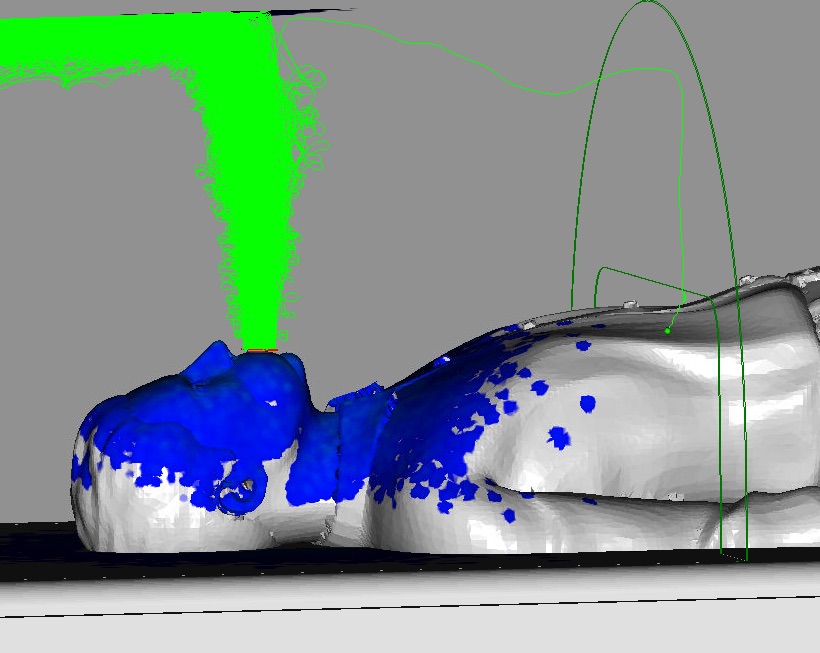 But the airflow isn't so great. In particular, when the person coughs it sets up eddies that lead to some air escaping. Here I'm visualizing air velocity in a plane, with contour arrows drawn in. These come from frames 10, 100, 200, 300, 400, 500, and 600 of the simulation. (There are 100 frames per second, and the simulation lasts six seconds.)

In the first one things look really bad, but I think that's not accurate. At time zero there was no air movement, so essentially the sneeze and vent fan get turned on at the same time. Things would look better if we gave the fan time to establish a baseline current through the box. As time goes on you can see how net flow does end up being in the direction we want, but the eddies and their associated turbulence lead to some issues. 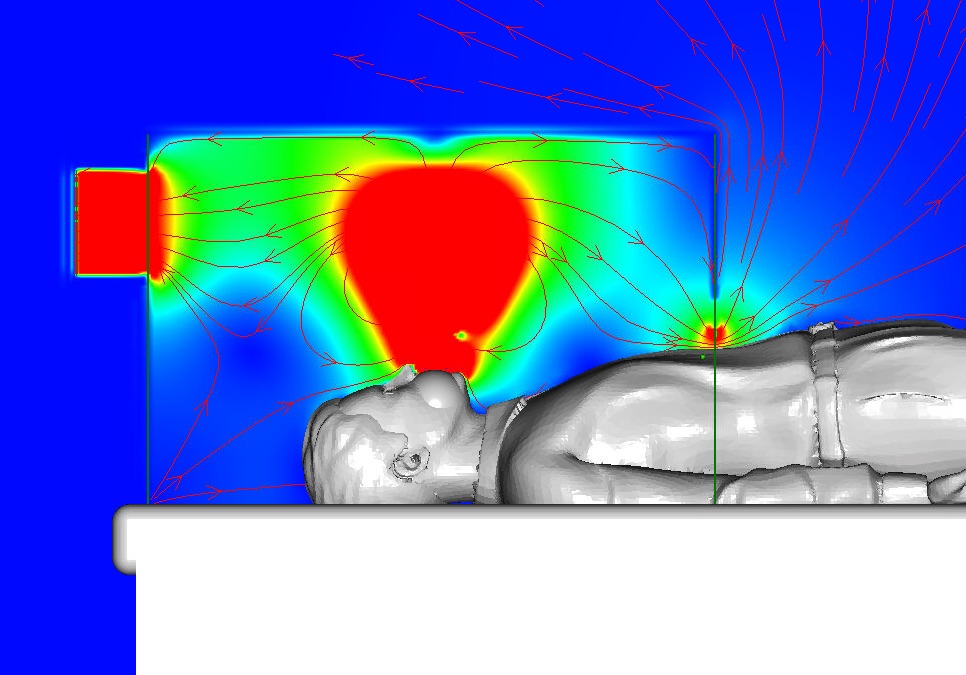 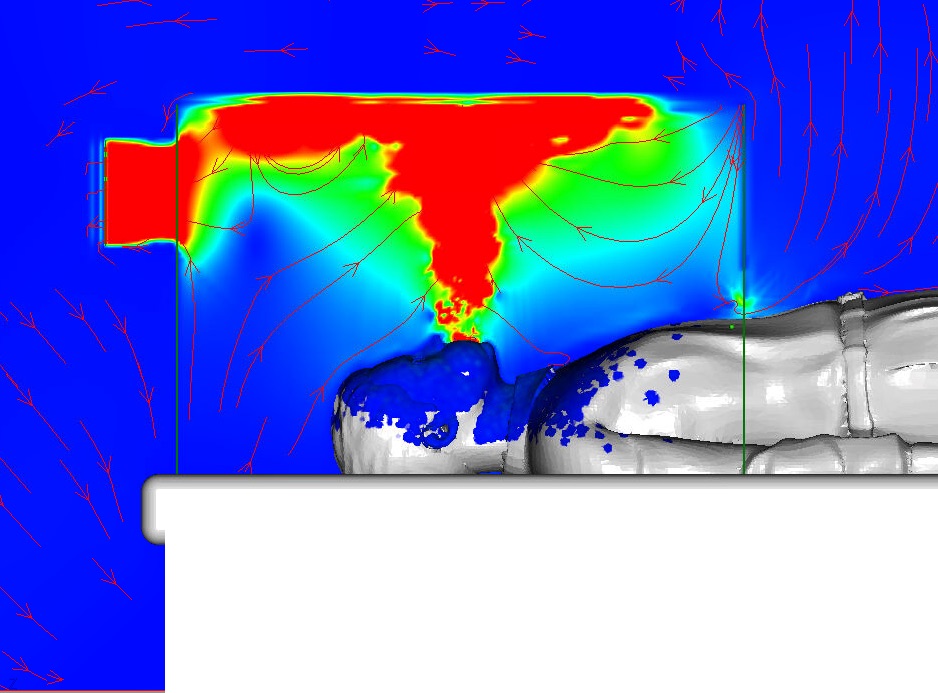 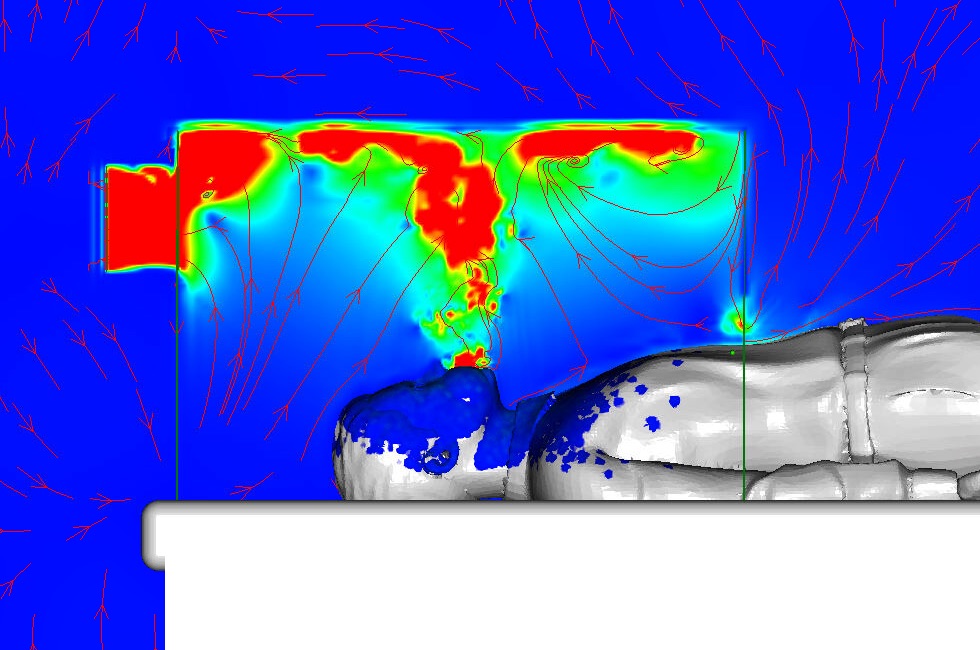 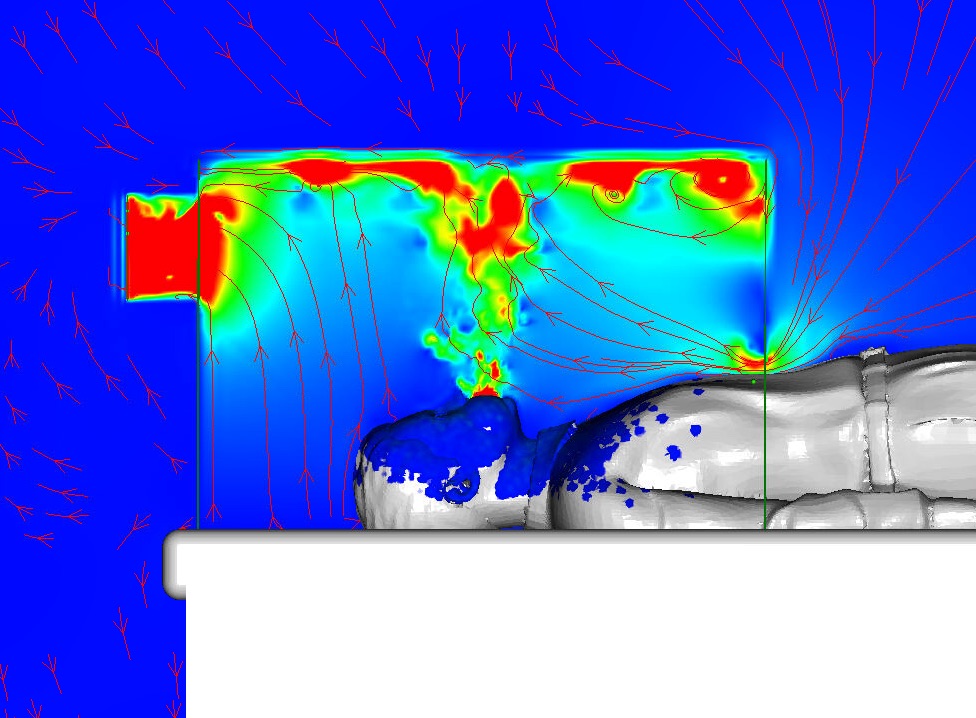 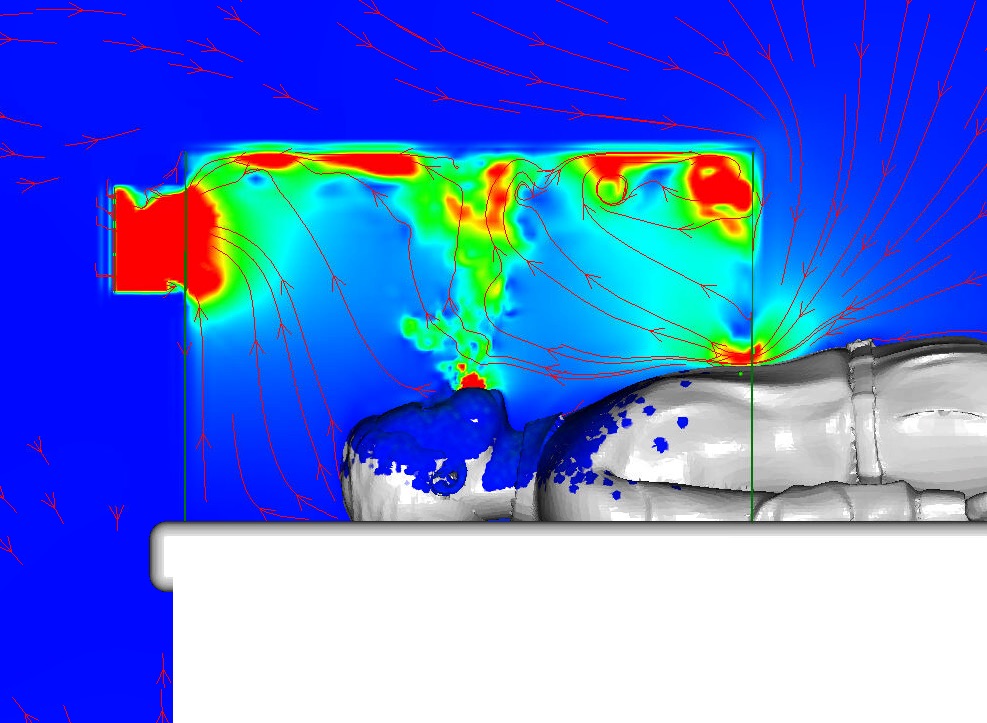 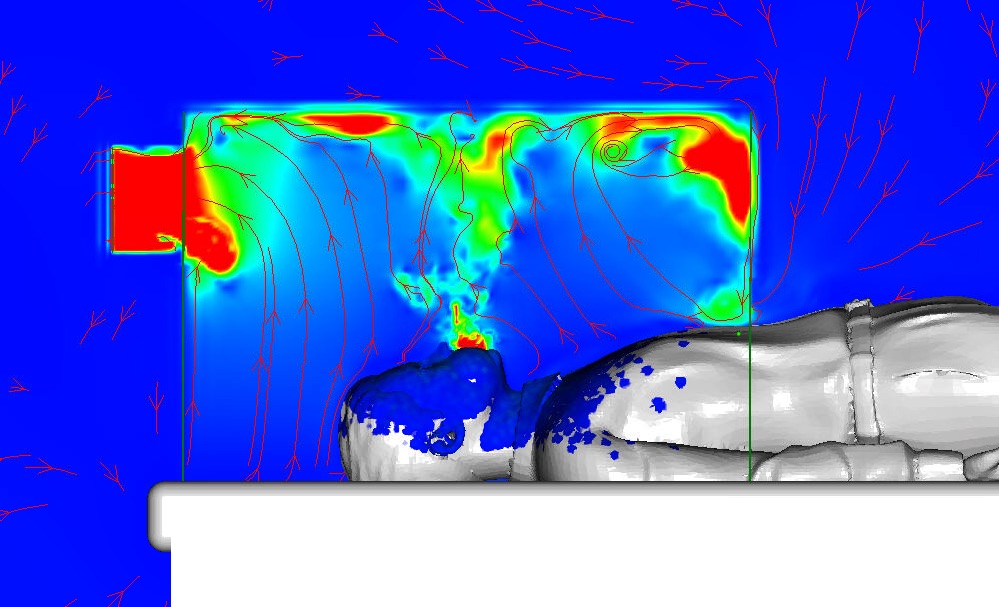 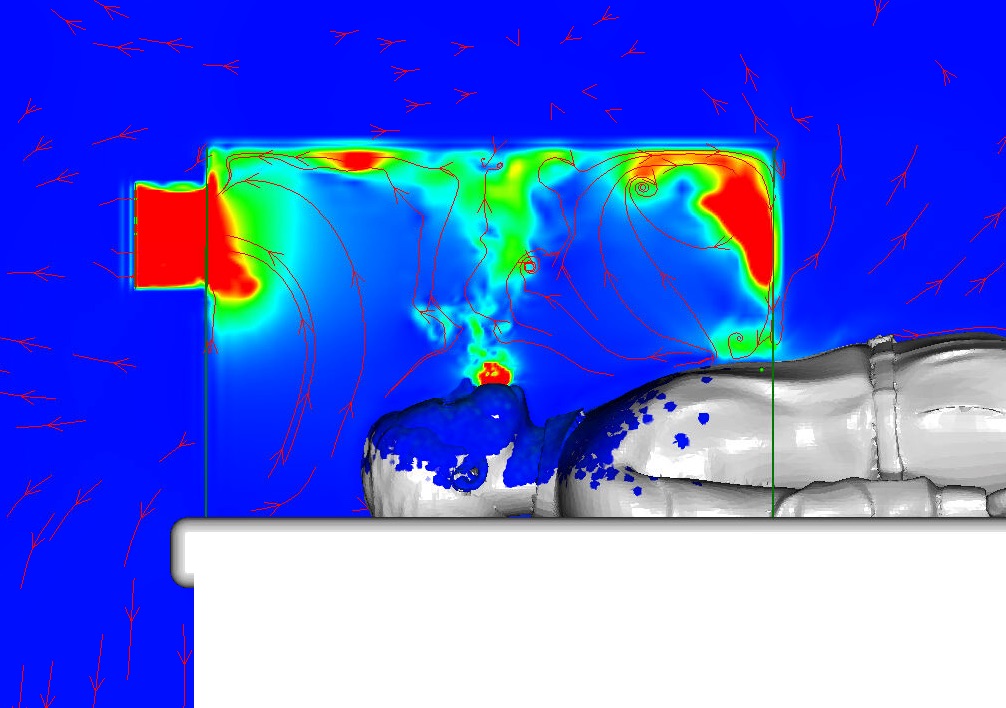