Development of modular, autonomously reconfigurable robotic system has long been a roboticist's dream. There are many examples in science fiction, including the MicroBot from Big Hero 6, but live demonstrations have been lackluster. Current modular systems tend to have low stiffness to weight ratios, and thus struggle to scale to the size of construction. Though there are many limiting factors between the animated representations and current realizations, we aim to push the boundary by designing a stiff, light weight system optimized to transform into reconfigurable structural architecture. 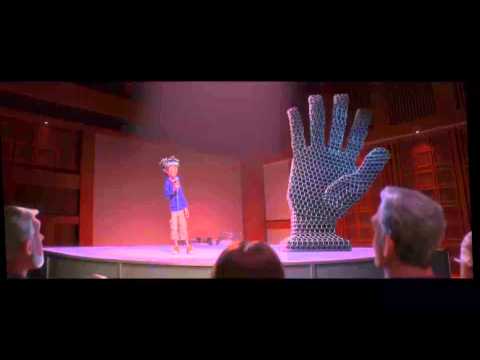 Development of modular, autonomously reconfigurable structures and systems has many applications in infrastructure and aerospace, but research has yet to merge the notions of programmable material and robotic assembly at scales larger that 1m. Modular robotics typically have high density modules, while robotic assembly systems tend to tradeoff structural performance for constructability. Here, we seek to occupy an area in parameter space enabled by discrete materials, which enable modular systems with power and actuation and ultra-high performance structural properties at scale. In this project, I aim to develop a modular, structural-robotic system capable of performing quasi-static, and possibly dynamic, self-reconfiguration. Utilizing digital material systems and distributed actuation I will enable a mobile, self-assembling, yet load bearing, structural system.

“Individual systems will also be capable of 4D transformation – 4D being the ability to change the system’s shape, modality, and function. For example, a swarm of unmanned systems will be capable of moving to an obstacle, such as a river, and then forming a structure to span the gap.”

We propose to do the same for materiel, by introducing a new kind of modular, re-configurable robotic system that blurs the boundary between mobile robots and active structures. This is a structural robotic system which is comprised of many agents that, like ants, can interlink to form self-assemblages. Each is constructed from a high-performance structural system that can be reconfigured to realize a range of dynamic forms. Along with spanning gaps, potential applications include novel forms of locomotion, rapidly erecting temporary structures, autonomously adapting to changing requirements, and performing active tasks such as shaping antennas.

Strands may move independently or upon pre-existing structures.

The pieces can also assemble to make actuated motion, opening the door to assembled versus pre-fabricated soft robotics.